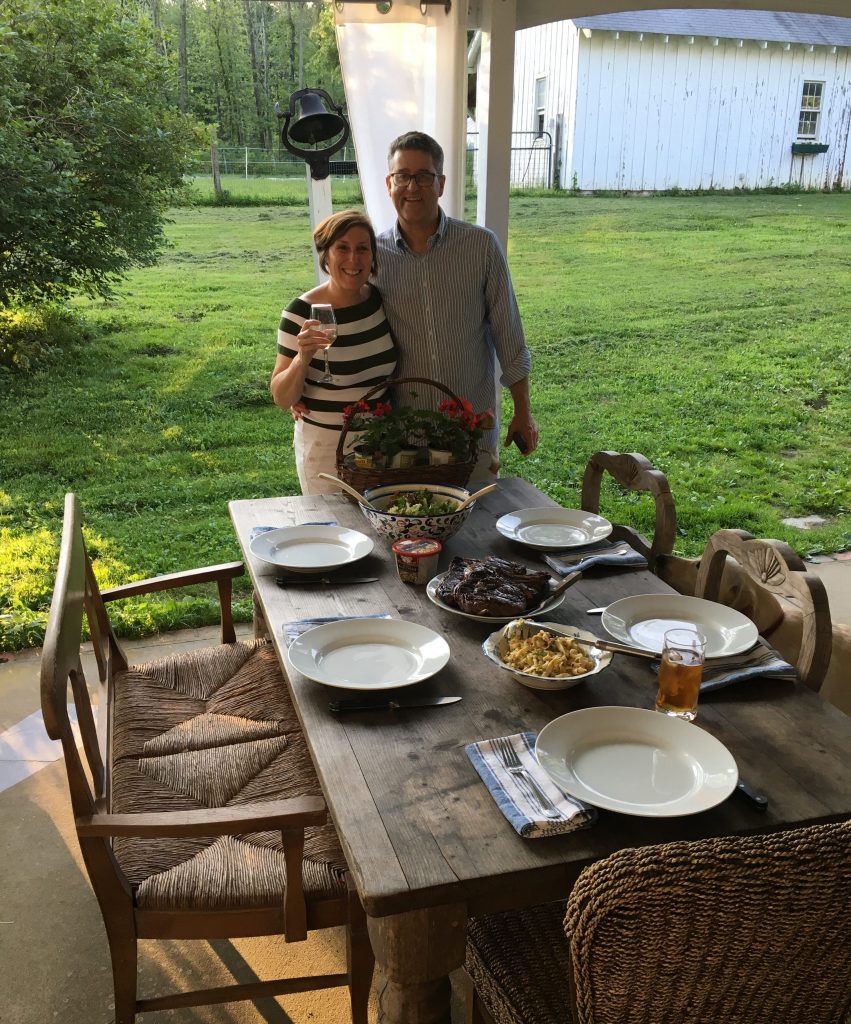 Podere di Melo is Italian for Apple Tree Estate.  The house here on our farm was built in the late 1950’s on what was originally an apple orchard.  In the 1960’s, there were over a hundred apple trees on the property.  The purchase of the property in 2004 included a map detailing where each apple tree was planted and the date of it’s planting.  The name of our farm pays homage to the property’s history and to our own Italian ancestry, the Barilla family – yes, we are the pasta people!  Grandpa’s family owned olive orchards back in Italy and to this day still makes some of the world’s best pasta.  Both my grandparents, left Italy at a very early age to come to the United States.  My Grandma Dommi could always be found in her kitchen hovering over a steaming pot of something smelling wonderful on the stove or rolling out pasta for the next day’s meal on her kitchen table, covered in flour.  Grandpa Guiseppe spent his days tending his garden preparing for the next day of vegetable peddling, where his sales were low because, as Dommi always said, he gave most of his food away to those who were in need rather than make a sale!

Shortly after moving in to Podere di Melo, we realized we had a dream of building a beautiful farm, growing the food we love to cook and eat, and sharing what we had with our family and friends.   We experimented with various farming methods, started raising pigs, turkeys and chickens, selling vegetables and eggs.  But, we both had careers and a son to raise, and time did not allow us to focus fully on the dream.  Over time, the weeds took over the fields, animal structures fell apart, and farming tools gradually rusted.  The farm slept.

Fast forward to early 2019.  With our son newly graduated from the University of St. Andrews (Scotland), we were looking for a new challenge.  We wanted something that would keep us both physically and mentally active and was centered on the things that mattered most to us: family, friends, and great food.  The decision was an easy one – we would awaken the farm from it’s slumber and bring it back to life.

2021 marks our second year of operation.  We have nearly doubled the amount of land under cultivation compared to 2020 and we will be expanding our presence at Farmers’s Markets and will be launching a commitment-free CSA.  We will also be raising more than double the number of pastured broilers.

So, come on up to the farm and let us share Podere di Melo with you.  And while you are at it, be sure to pick up some of our amazing produce and pastured meats.